Get your Thorny Devil Beer Online

Beers from 6am, but you’ll struggle to buy a jacket! What’s open on ANZAC Day throughout Australia

While many will be up at the crack of dawn on Tuesday to commemorate ANZAC Day, it will be hours more before the shops open.

Those who are planning on a big day may want to stock up on breakfast items by Monday to avoid being caught out, as most stores around the country will be closed until lunch time.

One big exception is RSL clubs, many of which will host a breakfast following the dawn service, and which can begin trading from 6am. Many Australians will begin their ANZAC Day with a dawn service, but it could be hours before shops throughout the nation are open for business

Groceries will not be available from large retail outlets such as Woolworths or Coles on Tuesday before lunch time.

Woolworths and Coles stores around NSW and Victoria will open at 1pm, while stores in Tasmania open from 12.30pm.

Perth and Adelaide metropolitan supermarkets will not open at all, while some stores outside of the city centres will open from 12pm. 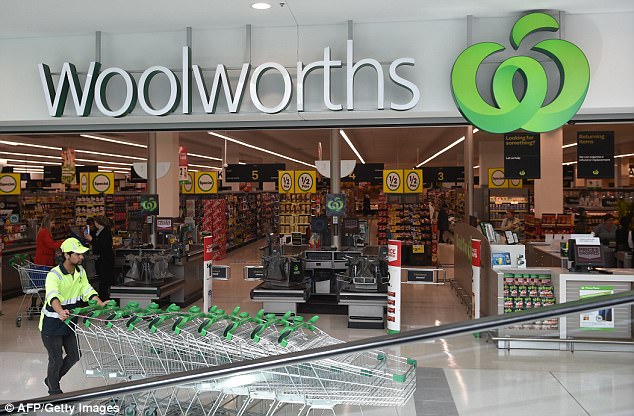 Woolworths will open as usual in the NT, close all day in QLD and open late throughout the rest of the country

In Queensland, both Woolworths and Coles are shut for the day, but some Woolworths stores open at 1pm.

Independent retailers are exempt from the extreme trading restrictions.

Most stores allowed to open will begin service at 1pm, but bakeries and convenience stores are allowed to trade all day.

The Northern Territory will trade as normal for Woolworths, with stores opening from 6am, but Coles will keep their doors shut until 1pm.

Smaller independent stores are permitted to open earlier in the day, so fresh bread will still be an option for those enjoying breakfast at home. 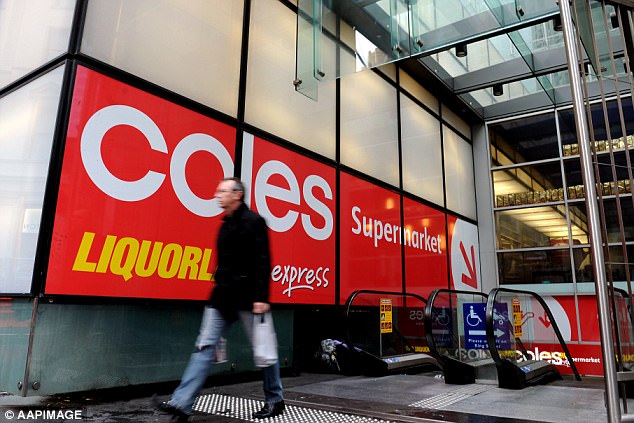 Coles customers will have to wait around to do their shopping, as stores around the country keep their doors shut until about lunch time, or don’t open at all

Dan Murphy’s stores across the nation will open at 1pm, so those hoping to start their celebrations any earlier may want to hit the shops on Monday.

For those who intend to begin celebrating early, the RSL is likely your best bet, with many clubs selling breakfast and alcohol after the dawn service.

It’s worth checking in first though – as while some clubs have a 24 hour trading license, others do not.

Many pubs around the country will start trading from midday, though pubs in Queensland are able to sell alcohol from 10am, as long as it’s with a meal. 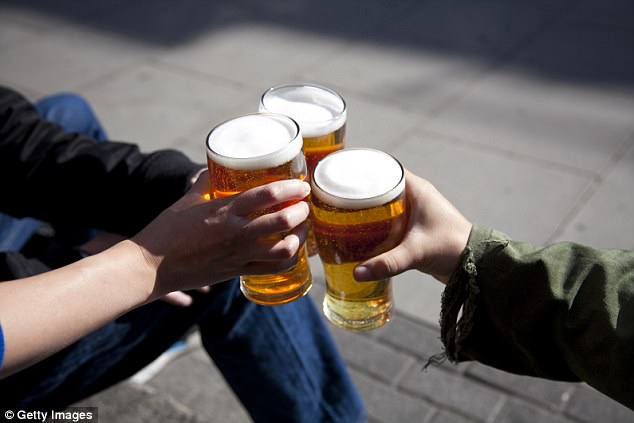 Some RSL’s will be permitted to sell alcohol to their members and guests from 6am, while other venues in Queensland can begin serving alcohol from 10am, as long as it’s with a meal 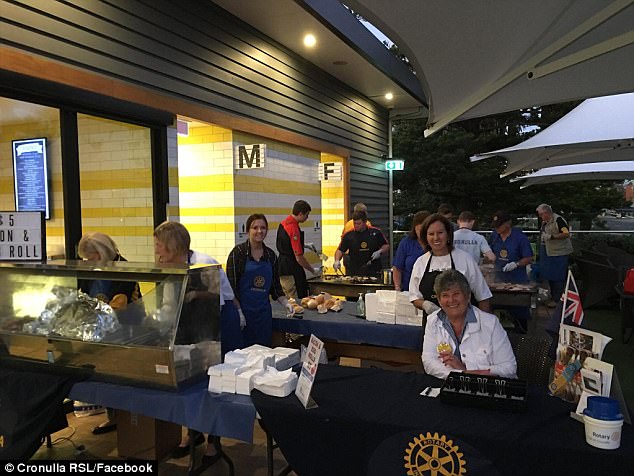 Cronulla RSL (pictured) will sell bacon and egg rolls to those coming from the dawn service, and also serve complimentary rum and milk

Most fast food outlets and cafes are exempt from the trading restrictions on ANZAC Day in Victoria, NSW, South Australia and Tasmania.

While most shops in metropolitan Queensland are closed, food and grocery stores are exempt from the restrictions.

In the ACT and Northern Territory, there are no trading restrictions whatsoever, but many businesses opt to stay closed as a sign of respect.

Western Australians may struggle to find something to eat on the public holiday, with many cafe’s declining to open on Tuesday. 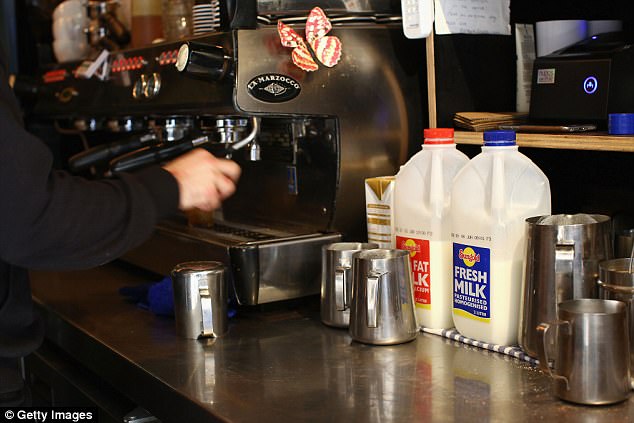 Most cafes are exempt from trading restrictions, so coffee should be easily accessible for most Australians

Petrol stations, convenience stores and pharmacies around the nation will be open on Tuesday, meaning there’s no need to stress if you’re heading away to celebrate the day.

In NSW, Queensland and Victoria, businesses of all kinds are able to open, provided it is after 1pm. Tasmania opens for business half an hour earlier, with all trading restrictions lifted at 12.30pm.

In Adelaide, shoppers will have to manage their time well, as shops in CBD and tourist precincts are only able to trade between 12pm and 5pm.

Strangely enough, while you may struggle to purchase a jacket, you can purchase a house – real estate auctions are exempt from the trading restrictions.

Westfield will open after 1pm in NSW and Victoria, and will be closed all day in Western Australia, Queensland and South Australia.

In the Northern Territory and the ACT, there are no trading restrictions, so shops can trade as usual if they choose to. 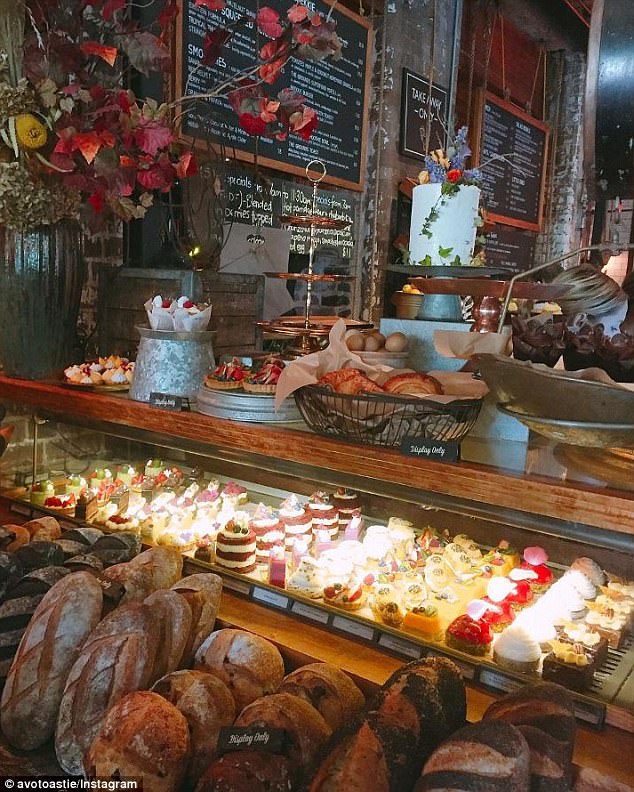 In the Northern Territory and ACT, there are no trading restrictions at all on ANZAC Day

For more information on this craft beer article, or get other beer, bar, pub, bottle shop specials, or craft beer discounts go to: http://www.dailymail.co.uk